Nil Points, Douze Points, and Everything In Between: An Analysis of Political Voting Bias in the Eurovision Song Contest 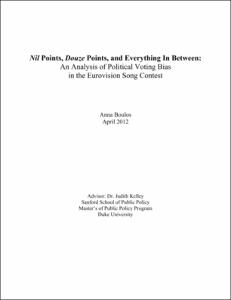