Experimental evaluation of evolution and coevolution as agents of ecosystem change in Trinidadian streams. 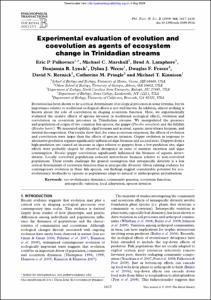