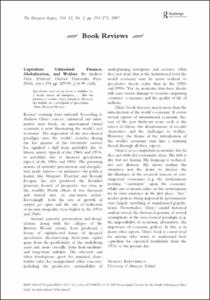 Associate Professor of History
My research and teaching interests include the social history of modern Britain, the imperial history of modern Europe, and the ideological intersections of race, crime, and urban poverty in Anglo-American political culture.   Congregational missions and the making of an imperial culture in nineteenth-century England (Stanford, 1999) explored the influence of evangelical missionary organizations on Victorian perceptions of colonized people as well as and in relation to the