The influence of hepatic function on prostate cancer outcomes after radical prostatectomy. 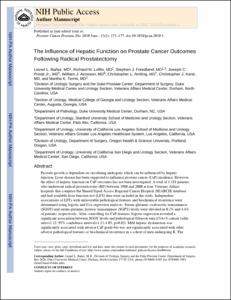