Impact of Procedural Bleeding in Peripheral Artery Disease: An Analysis From EUCLID Trial. 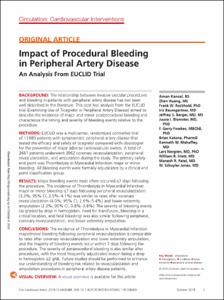