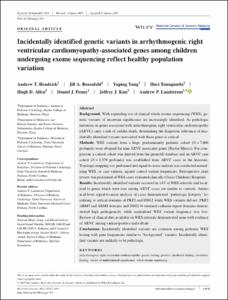 Assistant Professor of Pediatrics
I am a pediatric cardiologist and cardiovascular geneticist with both clinical and research interests in the genetic and molecular mechanisms of sudden cardiac arrest in children.  As a physician-scientist, I am trained at the confluence of pediatric cardiology, clinical electrophysiology, human genetics, and molecular biology which I apply towards the care for children with heritable arrhythmic disease of the heart.  I run a basic science research lab exploring the genetic and