Effect of the APOE Polymorphism and Age Trajectories of Physiological Variables on Mortality: Application of Genetic Stochastic Process Model of Aging. 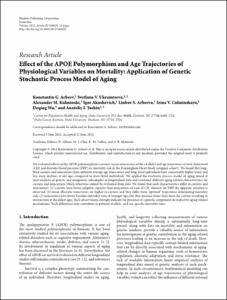